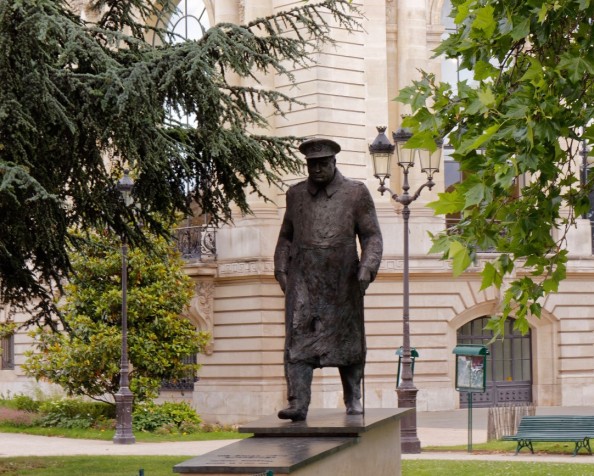 Sir Winston Churchill was a man of his time.

He was a British statesman and Prime Minister of the United Kingdom during the Second World War, a Sandhurst-educated soldier, a Nobel Prize-winning writer and historian, a prolific painter, and one of the longest-serving politicians in British history.

Remembered as the leader the British people needed to repel the spread of nazi fascism, he was at the same time a social reformer, an economic liberal and an imperialist.

Such a combination may seem odd today but understandable given the late Victorian and Edwardian eras that he grew up in.

Churchill was a canny politician, being an MP for over 60 years, and he knew a thing or two about people and words.

Here is one quote from his 1948 book The Gathering Storm, the first of his twelve-volume memoir on the Second World War

This is a man convinced that rearmament was essential because the war was inevitable. The House was still hoping for peace because another war so soon after the horrors of WW1 was unthinkable.

How many truth-tellers have the experience most painful?

We can count on many frontline staff and public health experts, from epidemiologists to hospital administrators, feeling that pain right now.

The environmentalists have been suffering for decades.

Now the young are feeling the pain too. Truth-telling over climate and the environment has fallen on their bold shoulders.

Reading Churchill is sobering. Knowing that the House has always been hard of hearing may make it easier to take modern ostrich behaviour from our leaders. Leaders rarely heed warnings.

Although Sir Winston felt despair, he led with irrepressible fortitude through the darkest time in British history, forcing people to listen.

It is time to channel that tenacity again.

Hero image from photo by Marcos Pena Jr on Unsplash