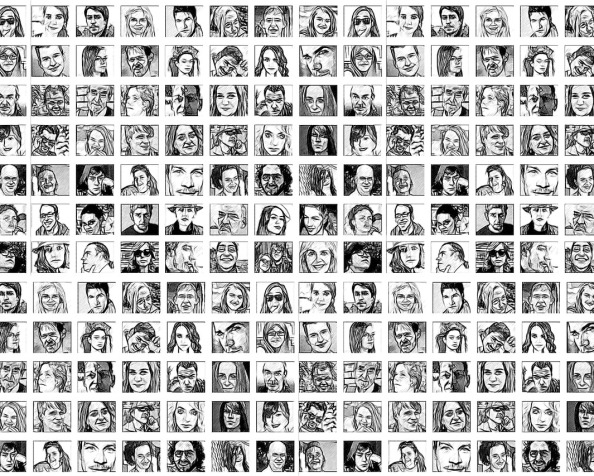 Would you prefer a wage or an unconditional income?

Finland has decided to give 2,000 citizens the equivalent of A$844 per month for two years, no strings attached.

Crucially participants still get the money even if they find work. They can supplement the unconditional income with paid work as much as they like.

The debate on whether this policy is affordable, not socialist enough, morally wrong or simply the best idea since sliced bread, will expand as more jurisdictions try the experiment.

It will be a challenging discussion because the idea either pitches hard or soft at so many long-held beliefs.

Here are a few of them…

Basic income raises fundamental questions about work. What it is, does and even if we need it in a modern society. And this is a debate we have to have. Not just for the moral and economic questions about work but because work will have to change [link to buying car post] as economies automate.

So, what do you think?

What would you feel about $844 a month just for being a citizen? More importantly, what would you do with the money?

It is a hugely exciting day today for against all odds and logic, completely out of the blue, and to my total surprise, given that I am not even a taxonomist, I have discovered a new species of ape… me.

I have a slightly bigger head than average, a wider girth, less hair, and some vaguely different genetics to my closest relatives. This, apparently, is more than enough to establish a new species.

So I am now declaring myself Homo spuriensis.

Of course, I am instantly critically endangered, as there is only one of me known to science. A specimen that is well past breeding age. This rarity status is both a challenge and a badge of honour. Being critically endangered means that some specimens of another species, Homo sapiens, will do their utmost to protect me. They will set up reserves and recovery plans and lament the loss of my previous habitat that they appropriated. This will make me famous but do very little to prolong my own existence or that of my unique genome.

All the other species sharing the planet, including the vast majority of the aforementioned H sapiens, will not give a rats. They will carry on minding their own business of gathering resources to promote their own genes. Nature will not even notice this new addition to the biodiversity lexicon.

It is possible that a few species of bacteria, virus, parasite or symbiont will take a liking to me but, again, this is not personal. They would have done this before my nomenclatural change.

The tragic prognosis is that Homo spuriensis will be extinct within a generation. Another sad, lamentable piece of evidence that spaceship earth is doomed.

I am sorry to bring you this initially exciting but ultimately depressing news but luckily there is another new species of ape just discovered in Sumatra.

Keep it real everyone.

In Monty Python’s infamous movie Life of Brian the masses lament their lot and decry “What have the Romans ever done for us?” only slowly realizing it was just about everything that made life livable.

This was, of course, a satirical stab at the economic system, the one everyone moans about all the time for its addiction to growth, our slavery to it, and the fact that it is so sacred that no one can touch it.

In our world of doing it all easy, the latest labour saving option in the kitchen is pre-peeled potatoes.

What an outstanding idea. No need to whip out the peeler and waste time or get mud on your fingers. No more peels to get rid of and litres of water are saved from not having to clean off the grubby bits.

What, you are kidding!

How lazy can we get? It takes no effort at all to peel a potato or two. This has to be consumerism gone mad. ABC radio host Richard Glover thought so and created a funny skit to point out the craziness.

Only there are a couple of things.

First thing. An inevitable consequence of a market mechanism is that new products will emerge. Whatever people will buy, whether they really need it or not, the market will provide. The market will also provide things that they hope people will buy, often well before customers recognize that they might have a need for it. In the end, if a product works for even a few of us then it may be worth manufacturing. Witness, ‘peeled spuds in nitrogen’.

Second thing. There is always an opportunity for more efficiency in they system. If the supplier of the potatoes also recycled the peels into compost, this would be useful second product from the potatoes. Very few of the customers would do this and even if they did there would be no scale benefit.

We are at the stage where every nutrient and kilo of organic material that goes back into our agricultural soils is worth the effort given that fossil fuel based fertilizers are rapidly becoming another of our limited resources.

Our system of resource use is so bloated that there are efficiencies that will help our sustainability just about everywhere. All we have to do is look. One of these efficiencies, conversion of organic waste into fertilizer, will become commonplace. As will novel ways of doing it.

The idea that the recycling happens before the product reaches the kitchen might just be one of the better ones.

In short, the market is bad unless it is efficient.

What the Romans did was create efficiency through commerce that made lives easier and more livable in the time before sanitation, antibiotics, and mass transport. And for better or worse, the market has done the same for the majority of westerners since the industrial revolution.

But for the system to deliver livability for the majority,  over time, it has to be efficient and resilient, especially in the use of resources. Resource wise, peeled potatoes might work efficiently if the peelings are actually composted and returned to the farms that produced the potatoes. Market players can clip their margins along the supply chain so long as consumers are prepared to pay a premium for pre-prepared convenience. If they are, and the peelings feed worms, all is well.

Then we find out that 40% of Australia’s banana crop never leaves the farm because the fruit is misshaped. Not even in a parallel universe is this efficient. I can see Minions crying at the piles of rotting yellow.

We also know that wealth is increasingly concentrated because this is also how the market works. Money and resources churn but the clip ends up in the hands of a few. This is also a criticism of the Romans and any number of subsequent empire builders that followed their example — wealth is concentrated as the masses are exploited.

Except that the Romans did a whole heap of things that kept people alive and moderately well. And, arguably, in much better shape than they were before.

Our dilemma is the same.

I am not a Unionist, never have been. Perhaps, back in the day when labour was ruthlessly exploited by capital, I would have joined, but today it feels unnecessary. This, of course, is a delusion on my part.

My political nirvana, where left and right are conspicuously absent, would deliver progressive economics and social benefit through positive leadership without the need for exploitation. This centrism is also delusional.

So even as union membership declines along with their influence, I will concede that they are still needed. The balance between worker and employer will always be precarious.

Nevertheless, I have little time for the modern union movement, mostly because, to me, they epitomise a blinkered, dogmatic worldview that raises their issues ways above any other. My prejudice may not be a good thing, but it is what it is. Recently though, I found myself siding firmly with the unions as they rebutted claims of grubby slander on how they use their money.

Federal police raided the offices of the Australian Workers Union, the uniformed arrival to dig for dirt preceded by a media scrum who had obviously been tipped off. The union claims it has cooperated fully with the authorities on all outstanding matters. It is no coincidence that the leader of the opposition was once the leader of the AWU. On a hunch or a sniff of a lead, unleash the hounds on your suspect who just happens to have past connections to your main rival.

This is truly grubby politics designed to slander your opponent. The Americans call it a fake news, but fake or not, some of the mud will stick. The seed of doubt is watered in its cosy garden pot of compost. Keep the compost moist and the voters will do the rest.

But governments should not be able to manipulate police to achieve this end. When they do, it’s called fascism. And that has a very unpleasant history.

The AWU has my sympathy.

I will always be wary of unionist philosophy and especially of their tactics but when the government behaves in this way it makes unions look like saints. That should tell you enough.

The logic behind this kind of behaviour assumes we can be led by the nose.

It is imperative that everyone is vigilant enough to prove this assumption is always false.