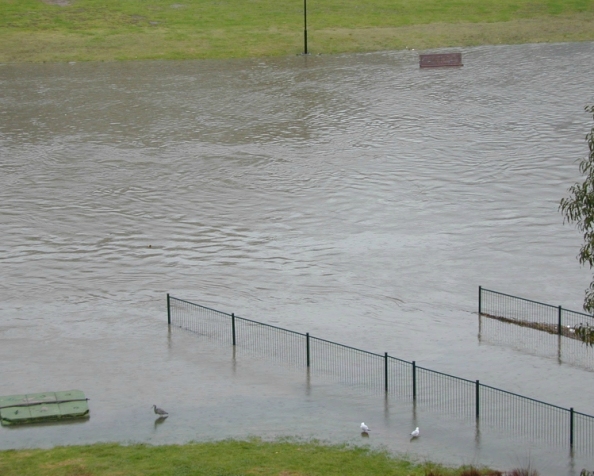 A decision is made to dam a modest sized river In the foothills near a big coastal city. The city is growing and water security is regularly a hot political topic as the area is prone to drought.

Construction on the dam wall begins in 1948 and on its completion the wall creates a lake with the capacity to hold a little over 2,000 Gigalitres of accessible water.

When the dam was completed the city was home to 1.8 million people. Today there are over 5 million inhabitants and the lake remains the primary source of freshwater for these people and their economic activities.

Downstream of the dam the floodplain has become an important area of agricultural and peri-urban development. The dam protects against flooding and the planners have allowed people to live in previously inundated areas. The dam not only holds a large proportion of the water supply to the city it also protects built and commercial assets from flooding.

When the engineers say that the dam wall could be raised by 14m, what do you think the planners will do?

Naturally, they will allow greater access to land on the floodplain, most likely by releasing some areas for residential development. It is a growing city after all.

In the planning meeting some wag says that it will all be alright because the climate is changing “It will be drier anyway, so no worries”.

This comment goes unchallenged despite the evidence for increased storm frequency and intensity in the region, and the obvious connection between this and major flood events.

Here is a hint with a biblical origin.

Don’t buy a house on a floodplain…. especially downstream of a dam.