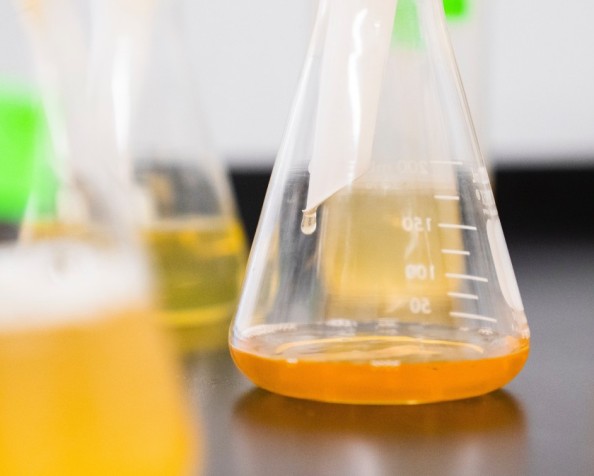 Photo by Elevate on Unsplash

Scientists are expected to be objective. After all, we are highly trained sceptics using our curiosity to unpack the problem, ask the right questions, and find evidence for the best possible answer.

This process of enquiry was honed over the generations into the scientific method. Our philosophy colleagues have mulled over and chewed to the point that most of them agree that the deductive method is our best approach to evidence.

So when a scientist gives in to emotions, it’s intriguing, given we are trained not to. Right from the start scientists are told that emotions are rarely objective and our job is to be objective and deal only with evidence..

In a recent essay in response to Australia’s recent Black Summer of unprecedented wildfires, Joëlle Gergis decided to go against this principle. The fires that burnt through an estimated 18.6 million hectares (46 million acres; 186,000 square kilometres; 72,000 square miles) of mostly forest and open woodland were some of the biggest in recorded history. Fire destroyed over 5,900 buildings (including 2,779 homes) and killed at least 34 people. As we all lived through this event it was hard not to be emotionally affected.

Dr Gergis is an award-winning climate scientist and writer based at the Australian National University. She is a lead author of the United Nations Intergovernmental Panel on Climate Change (IPCC) Sixth Assessment report and an expert advisor to the Climate Council.

Here is a flavour of her essay

I’ve gained terrifying insight into the true state of the climate crisis and what lies ahead. There is so much heat already baked into the climate system that a certain level of destruction is now inevitable.

Australia’s horror summer is the clearest signal yet that our planet’s climate is rapidly destabilising. It breaks my heart to watch the country I love irrevocably wounded because of our government’s denial of the severity of climate change and its refusal to act on the advice of the world’s leading scientists.

As a climate scientist at this troubled time in human history, my hope is that the life force of our Earth can hang on. That the personal and collective awakening we need to safeguard our planet arrives before even more is lost. That our hearts will lead us back to our shared humanity, strengthening our resolve to save ourselves and our imperilled world.

It’s an essay, a medium that allows a certain normative tone. What is interesting though is the level of emotion in the piece — the opinion and emotion that went into the writing show the author grieving for nature that she knew well, changing in front of her eyes. A terrifying insight indeed.

No matter that the dance of evolution on the planet has been continuous for three and a half billion years. Or that fire is just part of the choreography, an immediate disruption that is detrimental only to a certain worldview and, of course, open to projection and blame, towards politicians especially, for not preventing it.

Part of me is disappointed in this kind of thinking. And part of me is empathic for her situation and why she would want to write such things. It would make her feel better to have communicated the truth from her soul, rather than what her profession would have her do, that is to present only the facts.

It is unfair to be critical because in these challenging times we all need an outlet to process change that we couldn’t have seen coming.

However, it is impossible to go back to the pre-industrial era and say “no, we won’t use coal and then no we won’t use oil”. At that point in human history those energy sources were a miracle. They fuelled the engine behind what everybody at the time wanted. And if you were living at that time, you’d want those things too.

Industrial development eventually improved food security, job security, the opportunity to grow yourself and your family. The privilege of the wealthy for a long time did trickle down to the masses thanks to the cheap energy from coal and oil.

Saying fossil fuel use was a bad decision is very easy in hindsight. But the counterfactual wouldn’t have happened. People at the time would have found another way and would have ended up with coal and oil anyway. Lamenting or criticizing the current for consequences that no one could have prevented is disingenuous but perhaps necessary in emotional responses.

Maybe this was a good thing for this particular scientist. Express feelings in this way for a reset and then return to objectivity.

But this begs two bigger questions.

Can scientists be objective and ignore their emotional selves?

Unlikely. Arguably an emotional response will kick in at some point no matter how objective we try to be with our day jobs. Scientists are people after all.

Is it a good thing to try and be objective?

Perhaps the emotional response is a requirement to get the message across. If we fail to tap into our normative selves then the messages lack passion. To actually make a difference, people need to  believe the message.

For me, it’s more about knowing that these two sides of us exist. The process is I think from the science through my emotions to an objective point of view. Compartments certainly but also to know when to mix them together.

At times  objectivity must speak for itself without any emotive words. And at other times emotions must be out for a full account of feelings. And then there are important moments, perhaps the critical ones, when the two come together. When objectivity is fueled by emotion and feelings.

In other words, scientists should use emotive words and let feelings and passions spill over to promote evidence. Embrace emotive capability to engage people with the evidence and then let the evidence speak for itself.

This is a nirvana that many scientists would love to be in. We do feel deeply about many of the issues that we study. Otherwise we wouldn’t be interested in them in the first place. So to arrive at a situation with no emotion. No empathy for this for the consequences is unrealistic.

But in these challenging times, the evidence must also speak for itself.

Please share on all your platforms. It would make me feel good!