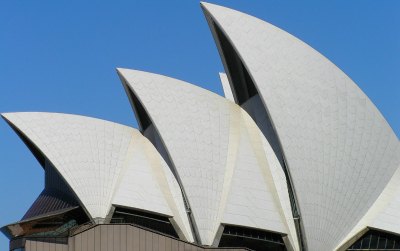 Some things in life are awful. Accidents can cut down anyone, even the most gifted. Illness and disability cannot discriminate. But when innocent people die from the violent act of another such as happen recently in Sydney and Paris, words fail us. We are left searching desperately for ways to console those most affected.

When the violence is intended to intimidate we also need to console ourselves. And we do. We support each other in the extreme times.

Ways are found from putting out cricket bats to pavements spontaneously full of flowers with the word spread far and wide through social media.

The good is rapidly mobilised to cancel out the bad.

Today everyone knows about the extreme events as they happen. We are so in touch that we feel close, almost part of the unfolding scene. Before long we are posting and commenting our thoughts and feelings. It is like a fire blanket thrown to suppress the flames.

The recent siege in Sydney was a terrorist act but not about organised terrorism. The authorities figured this out quickly and refused to lay blame until they had more evidence. Experts came onto the television news and said the same thing reminding us that it is never smart to make assumptions. And so it was, for the perpetrator was not representing anyone but a disturbed self.

So when irresponsible media sensationalised for their own ends the blanket smothered them. We don’t want to assign any credit by association so those who did looked like chumps. Social media called them on their stupidity and shamed them for trying it on.

Hopefully they will learn. For today new travels fast and in crisis we are connected every which way. We can mobilise collective goodwill in the blink of a tweet and it is a powerful force.

The curious thing for a hyper-connected world is what will make the news. What will call up the soothing powers of the social blanket?

Tragic or shocking events should continue to ignite the response so long as they are local enough and not too frequent, for the blanket is likely to be fickle. The fourth of fifth coffee shop siege might not bring out the ire and goodwill. Would the public response towards ISIL be different if there had not been two major wars in Iraq already? I am not sure.

What I do know is that the issues that should awake the collective connectivity are not going to make the news; the Food & Agriculture Organisation conclusion that 40% of the world’s agricultural soils are degraded for example. Or another FAO prediction that world food production will need to double by 2050 but is currently growing at 1% per year. Do the math. We are 2% per annum shy with a declining resource base.

Forget the Sydney housing bubble. What about the average farm debt that is now over $2 million?

These diffuse and future issues will mean the blanket risks catching fire and disintegrating into ash before it is deployed.