It was 1987 at the end of the dry season, 26 years ago almost to the day that I first visited a non-descript patch of miombo woodland near Marondera on the Highveld of Zimbabwe.

Scattered amongst the mature Brachestegia and Julbernardia trees were many wooden boxes all set on stilts ready and waiting to catch anything that fell from above. On the woodland floor beneath the cathedral canopy were mesh bags containing known volumes of leaf litter steadily decomposing, some with and some without the attentions of termites, ants and their tiny critter cousins. Everywhere there were small plastic flags of pink and yellow popping up from the lichen covered soil like daffodils in spring.

As a bushy tailed postdoctoral fellow my job was to take all this in. I then had to figure out how to make reliable counts of all the soil animals in this small patch of savannah and, for good measure, in the adjacent maize field.  Over the coming months many a sweaty day went by digging through that sandy Marondera soil but also much joy when sometime later the results were published in a peer-reviewed journal. The paper entitled ‘Abundance, biomass and diversity of soil macrofauna in savanna woodland and associated managed habitats’ was published in Pedobiologia [a journal title that sounds a bit dodgy but is actually quite legit as pedon is the Greek word for soil] and provided much academic satisfaction and a handy unit of kudos. 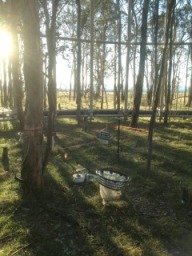 Earlier this week I visited a rather similar patch of woodland. Only this time it was in Australia just 30 minutes drive from home where a parcel of Cumberland Plain woodland owned by the University of Western Sydney had been similarly commandeered for scientific research.

The litter traps and mesh bags were all present along with the ubiquitous daffodil like flags. The major difference was that there were also vast steel cages that formed circular sampling plots around clusters of trees designed expertly and with considerable precision to enhance the carbon dioxide levels throughout the vegetation. Once I forced myself to ignore the $40 million outlay for the infrastructure and the $1.5 million per year just to supply the extra carbon dioxide, it was a real back to the future experience. All that was missing was the soothing aroma from the tannins as they volatilize from the floor of the African bush.

Aside from the complex technology and infrastructure to enhance CO2 levels it felt like not much had changed. Today’s researchers were sampling the soil biology in pretty much the same way.  The challenges of understanding the complex biology that goes on under our feet were still there and no amount of high-tech wizardry had yet helped to break us out of the sampling constraints.

We like to think of research as being at the cutting-edge. It is after all where we find out solutions to our problems and create greater understanding that can be used to improve our lives.

Certainly since 1987 there have been major advances in a whole range of fields — back then the iPad or even the mobile phone were not even imagined let alone in use by everyone. What I took away from my déjà vu visit the notion that even when well resourced, progress is not a given.  Advances are just as likely to be patchy or steady and rarely come in spurts.

Back in 1987 the idea that soil could be defined as much by its biology as its structure was an exciting ‘new’ thing. There were a host of applications from understanding the basics of how natural systems functions to practical advances for agriculture and forestry.

Interestingly it is still a ‘new’ thing. Progress has trundled rather than sprinted along. Somehow all those benefits of understanding and managing soil biology failed to reach the farm gate [perhaps because it was easier to throw in some fertilizer].

Fortunately there is a new generation of the bright and bushy tailed. Only this time I suspect there really will be serious attention outside the close world of academia. We cannot achieve the push toward the next doubling of agricultural production that demand projections say we will need by 2030 without a hefty input from soil biology, not least because we are reaching the limits of yield benefit from fertilizer application.

So more power to those modern pioneers pumping CO2 into Cumberland Plain woodland and to their research colleagues around the world and let’s hope we can get a foxtrot happening.

Here are the citations

Dangerfield J.M. (1990) The distribution and abundance of Cubitermes sankurensis (Wassmann)(Isoptera; Termitidae) within a miombo woodland site in Zimbabwe. African Journal of Ecology 28: 15—20

We love what we feel…

We love what makes us feek good…

Trump lost but have the democrats won? 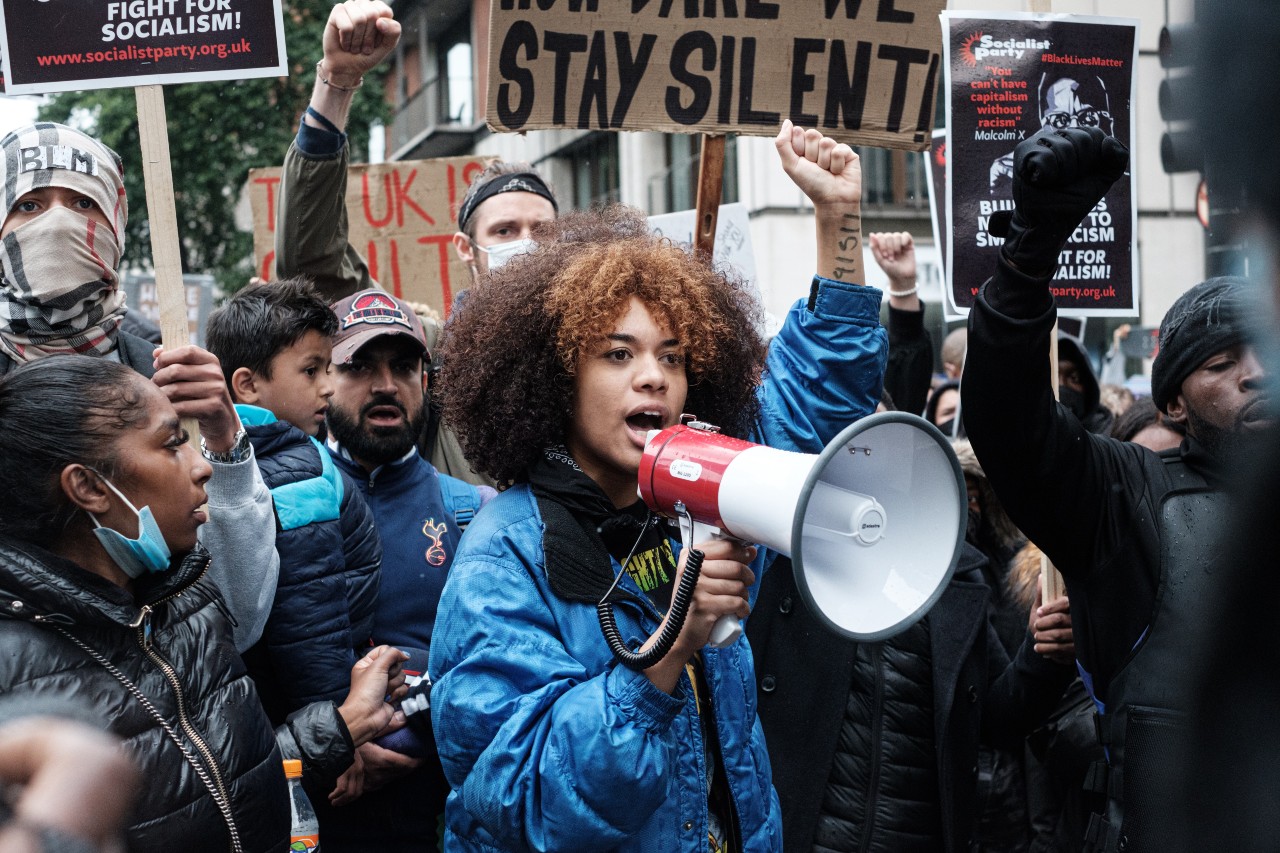 Is dog poo on the sidewalk a resource? 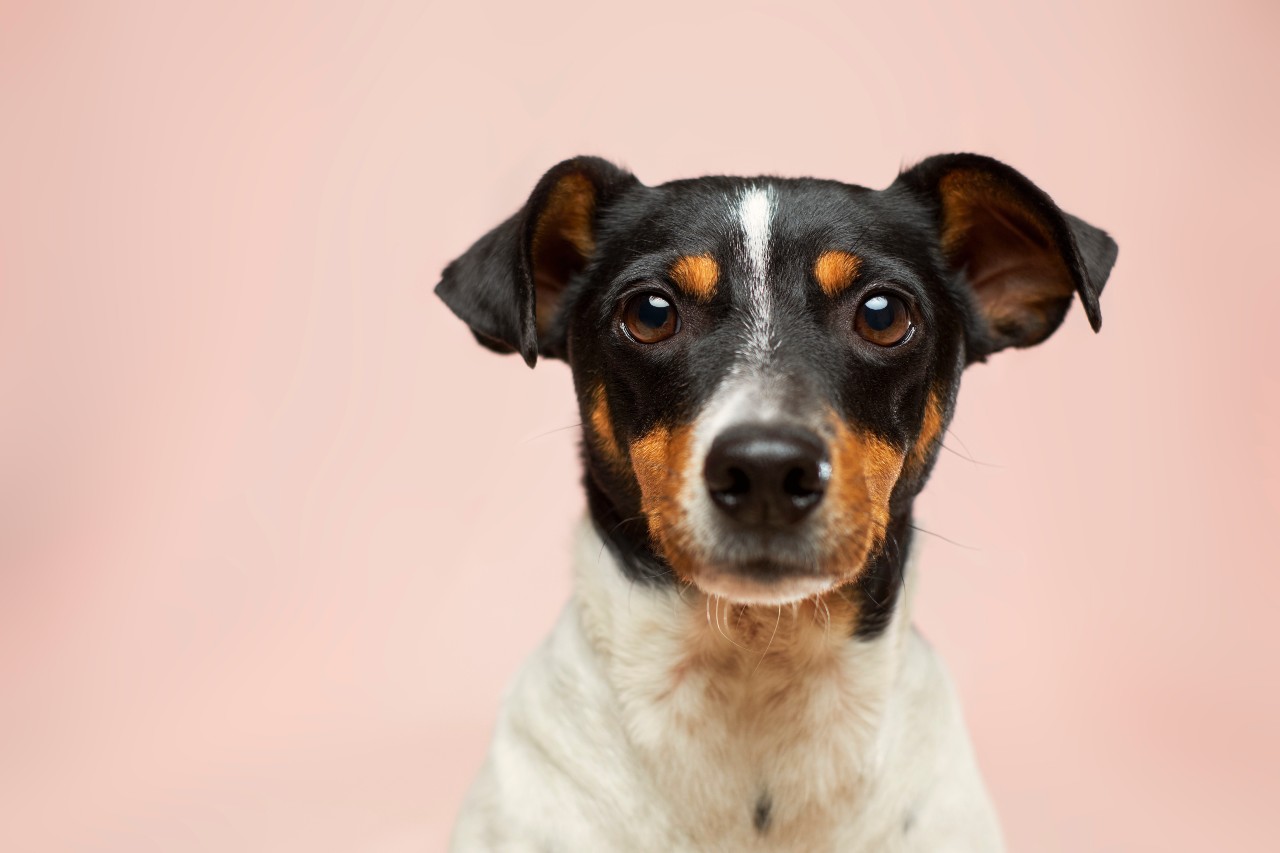 Australian domestic dogs drop a mind-boggling 1,734 tonnes of turds a day. Surely that is a resource worth recycling…

Another remarkable statistic from the UK that should not be ignored…